The newspaper sales have decreased as media launched their mobile apps for news. There has been a 7% drop in sales in 2015, and it will rise as per the predictions. According to a survey, the end-user spends 2 hrs on the phone to check out the news updates. 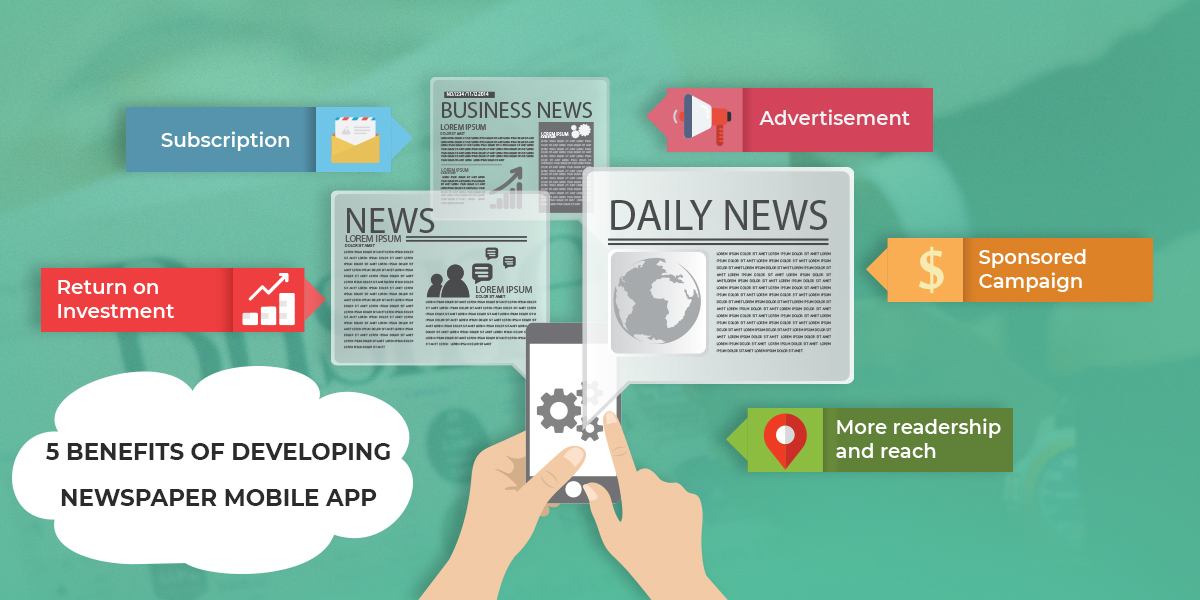 It is found by the Audit Bureau of Circulation (ABC) that in a readership of print media has lower down in countries like the US, UK, India, and Germany tremendously.

So, all these studies and statistics have proved that newspaper mobile apps are the primary choice over print media. However, the cost of news app development is often a matter of concern for some news channels so it is crucial to consult mobile application development service for better proficiency in development.

We will talk about every aspect of how much it costs to build a newspaper app.

1. Return on Investment from apps: If you are looking forward to developing a news app by hiring mobile application Development Company in USA or across the globe, you have to know about the advantages you will get from the news app. It does not concern how much money you have invested in developing a news app as far as it gives some good return on investment.

2. Subscription: Just like readers pay for the printed newspaper every month, you can also apply this strategy to deliver quality content or updated news in exchange of monthly, quarterly, half-yearly or annual subscription.

3. Advertisement: As per the report “Businesses have spent more than $120 billion on mobile adv.”. It is a great source of income for various news companies for having a mobile app. Having a personalized app for businesses will initiate things. It will also be the best option to select the ads as per the interested reader pursues to boost the possibility of viewing the ad.

4. Sponsored Campaigns: To run personalized sponsored campaigns on your news mobile app is another way to generate revenue through mobile apps. Events tickets or shows can be sold out on the app. This can also be initiated for the specific location or the particular people with the same interests.

5. More readership and reach: No doubt, Mobile app will boost the reach of an audience as people prefer to read virtually. However, with the increase in reach, readership will also get an increase. Countries like Spain, Sweden, and South Korea have a greater number of app users. The way in which content is displayed on apps is very much appealing than print media. Using GIF’s and HD images boost the chance of readership.

So, it all depends on how the app is developed and how the smooth and attractive user interface it pursues. So, it has had has been thumb rule that better the app, more will be the ROI.

However, if you know how to develop a news app for Android or iOS, then you should pay only for the tools. Few app development cost calculators can provide an estimate of development cost.

Our robust and experienced team of app developers know about developing a newspaper app. Contact best mobile app development company who can assist you in developing brilliant news app.