Few Exclusive iOS Application Development Trends to Aim for in 2018

Do you belong to the list of people who always like to be updated with the current technological vogue? Well, if yes, then you would certainly like to know about the top iOS application development trends in 2018. According to a number of surveys done lately, it’s revealed that Whatsapp and Facebook are not the only two apps downloaded from Google play store. Instead, there are an array of different applications that many Android users might not have heard of. So, it’s quite obvious for many new app developers to come up with several groundbreaking features in this year. While making an app, it’s always important that the developed facets stand out in the crowd and this can only be possible if a set of right techniques are adopted for the same. 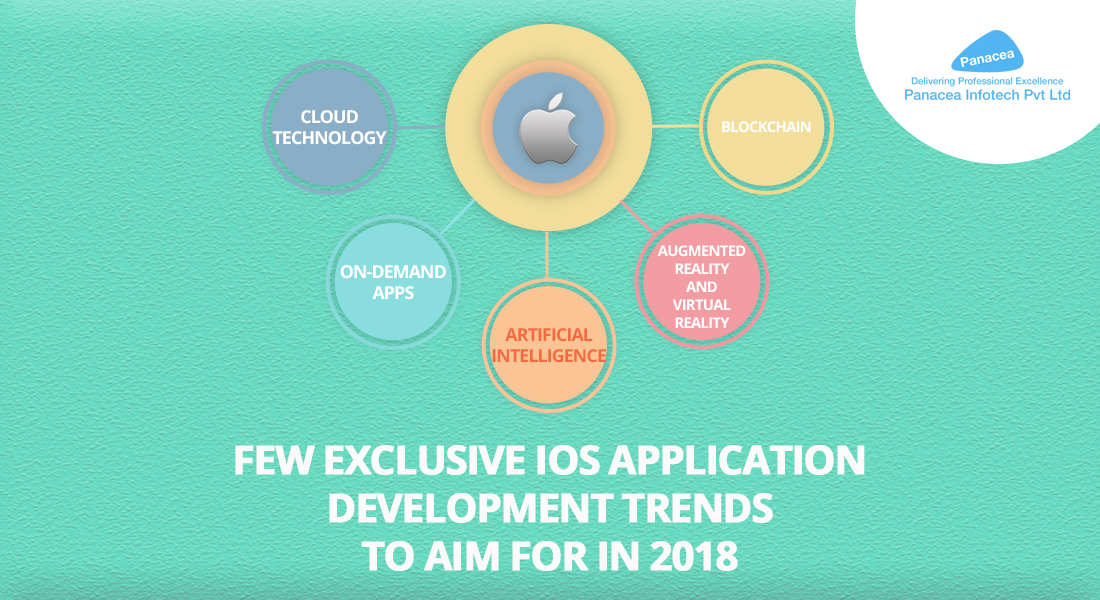 Following are the list of quite a few iOS application development trends to look for in the year 2018.

Cloud technology- This is surely going to be one of the most noted iOS development trends in 2018. With cloud technologies enabling several small business and startups to launch mobile apps without permeating into physical infrastructure, it will definitely remain the most hyped over iOS application development trends of the year. However, it’s expected that the developers will make space for something yet more advanced so that the application doesn’t have to deal with internal memory constraints. By enabling the app to fetch data directly from the cloud, the developers are surely going to introduce something that will create a boom in the market.

On-demand apps- The on-demand apps will always be in high demand, such applications have already become a crucial part of modern lifestyle. Right from cab services to beauty services, today’s tech-savvy people are mostly reliant on several on-demand apps on board. When the easy payment options out there drive people crazy, the lucrative features offered in such apps again compel the individuals to download them from the play store. So, it’s quite anticipated that the huge popularity of on-demand apps will certainly induce an array of companies to develop the same and perk up their revenue in the manner.

Artificial Intelligence- Transforming the entire notion of enterprise app development in 2018 is no more a herculean task. With its exclusive traits and attributes on board, most developers are likely to prefer AI technologies to enhance their mobile apps and pave in an amazing user experience.  AI will additionally help the specialists to make applications that can be utilized as a vigorous medium to get to constant bits of knowledge through machine learning advances, progressed investigation, psychological interfaces and many more. Also, the developers may use AI to make intelligent apps for the web of Things (IoT) age.

Augmented reality and virtual reality– At present, AR and VR area units are widely used in the development of recreation and amusement apps. AR is used by the developers to fabricate a real-world atmosphere while VR is used to recreate real-life things or atmosphere. With the major technology firms increasing the amount of investment in the AR and VR spheres, the demand for this technology can actually surge in 2018. The developing honchos are most likely to explore numerous ways by making the best use of these two amazing mediums and create an array of innovative apps. The arena of virtual reality is going to be utilized for the development of games, whereas the augmented reality is going to be the main arena of interests in varied industries like healthcare, retail, land, and engineering.

Blockchain- Within a brief span of time, blockchain has now become one of the most talked-over infrastructures behind Bitcoins. According to a number of surveys done on it,  blockchain is going to be widely used in making apps related to currency. Helping the users in accessing record transaction history, blockchain is going to be a big hit in the digital market. Also, while developing enterprise mobile app, developers can use blockchain to reinforce the safety of the app by eliminating every negative threat. For recording a range of sensitive and valuable transactions, there cannot be a better alternative than blockchain.

Panacea Infotech is a leading iOS app development company, offering end-to-end solutions which are based on latest trends and technologies. The small and mid-scale ventures looking towards flourishing their business can take recourse to us and bring in the much-required clarity and perfection in the services they provide.