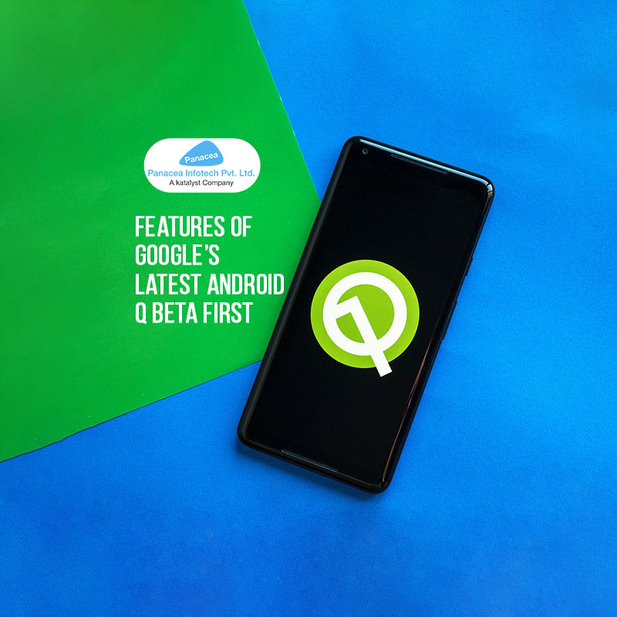 Last week Google officially announced the beta 1 of Android 10 Q, which is available for Google’s Pixel devices. The release of the final version of Android Q is scheduled in Q33 of this year, before that there are six beta versions will be released. This version of Android brings some major changes in UI and quite a few innovations under the hood. Android Q also has a dark mode whose activation is quite complicated in Beta 1, for some specific reason. 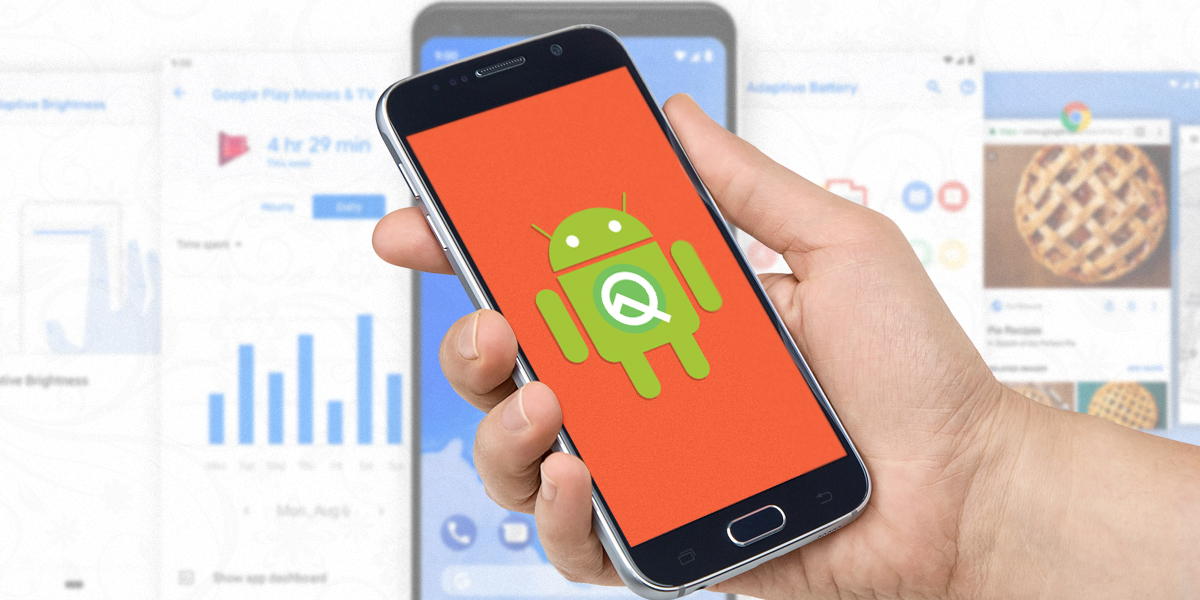 The beta version of Android Q is available to install for all Google Pixel devices (Pixel 1, 2, and 3) and includes a number of features from improved security to the support for foldable devices. The

companies can download the beta version and start using it.

Here is a list of newly added features of Android Q:

UI Changes: The UI changes consist of options to set-up accent fonts and colors in developer settings. This is one of the common features that most of the devices have for ages; with the Q update, this will be natively supported. In this version of Android Q, the theming option is in developer sections, which is quite confusing. Another change in the UI is the visual improvement in the sharing menu and the estimated battery life is shown in the status bar. Next major change is in the screenshot, they have included the rounded and notch corners on screenshots for devices that have the rounded and notch corners.

With the Android Q, users can now have control over various apps and their access to the distributed files. Also, the user will be able to track on an app’s access to the videos and images. Apart from this, a user can also control the access of files to apps. Few other privacy features offered by Android Q have limited access to device identifiers like IMEI, serial numbers, etc.

With Android Q, the

team will be capable of controlling the way their apps should look on the large and foldable screens. To allow users to make the most of these features, Android Q comes with a few improvements like modifications to onPause and onResume to allow multi-resume, etc. To assist users in managing how her/his app is being displayed on a foldable and large screen, Android Q has also made some changes the way the resizable Activity manifests attribute works. Also, the Android Emulator has been updated to support the multiple-display type switching.

The upgraded OS of Android Q Beta First facilitates a user to manage an app in searching his/her desired locations. For example, when an app is searching for a user’s location to deliver a product, it makes sense and the user might allow the app to access the location.

Android Q Beta First ensures a low-latency mode and a very high performance for several wireless connections. The enhanced real-time gaming and voice calls can get benefited by this.

The Android Q can bring a distinct improvement in the privacy and performance by refactoring Wi-Fi stack. It can also boost the performance in common scenarios such as IoT devices management and suggestion of various Internet connections needing location permission.

Improved run-time helps apps perform quickly without consuming much memory. By improving the Zygote process, Android Q Beta First can initiate the app’s process and transfer it to a security container.

In an Android Q Beta first, apps will have the ability to request the dynamic images, which includes JPEG or XMP metadata as well as the maps in the same file. This version of Android also supports a bunch of new audio and video codecs. Also, it allows audio encoding with open source video codec AV1, Opus, HDR 10+, etc.

These are just some of the features that Android Q’s first version incorporates; there are five more beta versions to go before releasing the final version of Android Q. It’s high time for

companies to start working on the latest updates. At Panacea, our team of Android developers has started researching about the updates and learning to incorporate the same in our upcoming projects to deliver the most compatible apps to every customer.