Interesting Facts that You Might Not Know About Google Algorithms?

Google is always in the endeavor to delight its users by showing the right results for their search queries. In this regards, it has employed certain algorithms that ensure to return the results which are relevant, fresh and high quality.

Till date, some of the vital algorithms launched by Google includes Panda, Penguin and Hummingbird. Webmasters ensure to keep their eyes on these algorithms updates to understand the norms set by Google in order to deliver quality SEO services that boost the ranking of web pages. 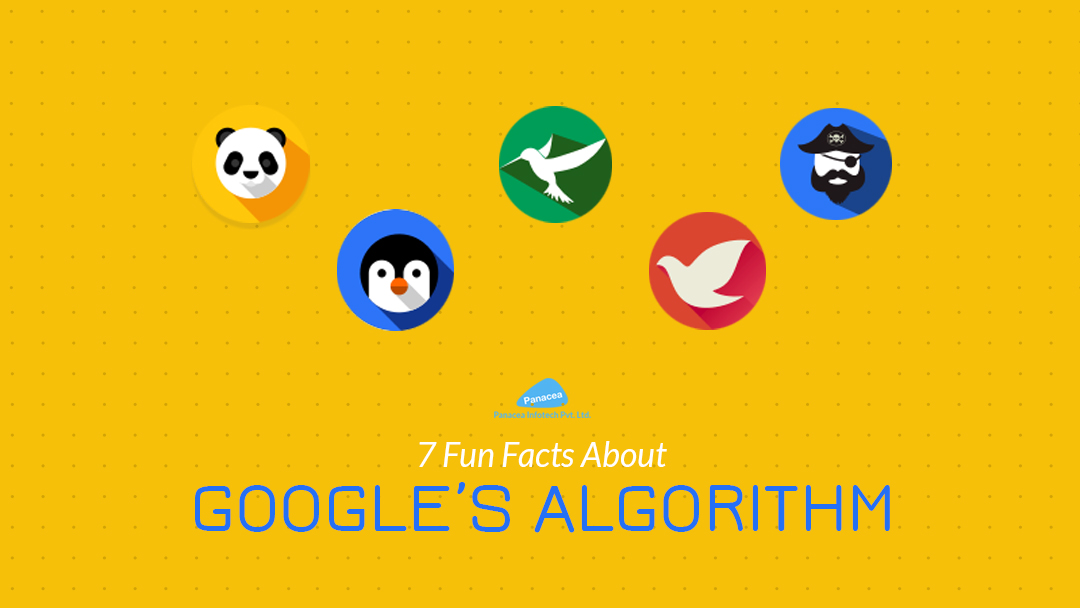 Here we have outlined few interesting fact about Google’s algorithms that you might not know:

You might find it’s surprising because you come to know about few major updates every year. But according to the statement made by the most popular SEO community MOZ, Google makes changes to its algorithm 500 to 600 times in a year which includes several minor changes that remain unheard.

So what encourage Google to make such a huge number of changes in its algorithm? The most expected reason is rapidly growing user base of Google. To fulfill this vast user base, Google has to make frequent changes to its algorithm.

2. Have you heard about “Google Dance”?

If not, then don’t consider it as a physical dance move. It is the term that was assigned to the sudden changes in the ranking. You will hardly find a digital marketer or SEO service provider who knows about this concept because it was known several years back when Google used to change it’s algorithm every month.

3. Page-Rank was named after Larry Page, Co-founder of Google.

Google’s founders invented the famously known Page-Rank in order to determine the importance of a particular web page based on the quantity and quality of links to it. In SEO, the sites having high Page-Rank are chosen by webmasters for the purpose of link building. This technology of Google which is used to rank the web pages was named after the Co-founder of Google i.e. Larry Page.

4. Since 2013, Google’s overall algorithm has had one name, Hummingbird!

It has been seen that the changes in Google algorithm are introduced with some colorful names such as Panda, Penguin, and Pigeon. Google assigns these names to the updates made to the overall algorithm itself – which is known as Hummingbird.

5. There is no solid reason behind the names given to the algorithm updates.

If you are trying to find out the reason behind the names given to the updates, then stop putting pressure on your brain, because there is no story behind assigning the name Panda, Penguin or Hummingbird.

7. The primary aim was to stop advertisers from publishing spammy content.

In 1998, Google’s founder published a thesis named “The Anatomy of a Large-scale Hyper-textual Web Search Engine” at Stanford university in which they mentioned, the predominant business model for commercial search engines is advertising. The goals of the advertising business model do not always correspond to providing quality search to users.” All the algorithm updates indicate the Google’s loyalty towards what has mentioned in that thesis.