Know about the Difference between AR and VR in 5 Minutes!!

Trying to build some unique mobile app? On the lookout for best mobile application development companies in USA? Why don’t you consider AR and VR for your next approach? A big thanks to the advancement of technology! There’s been a huge difference in the way the world has started looking at things. Augmented Reality and Virtual Reality have a great role to play in the same. However, there is a common misconception that both AR and VR are the same thing.

Well, to break this notion, this blog has come up with all the vital aspects that would help you differentiate between both the technologies. 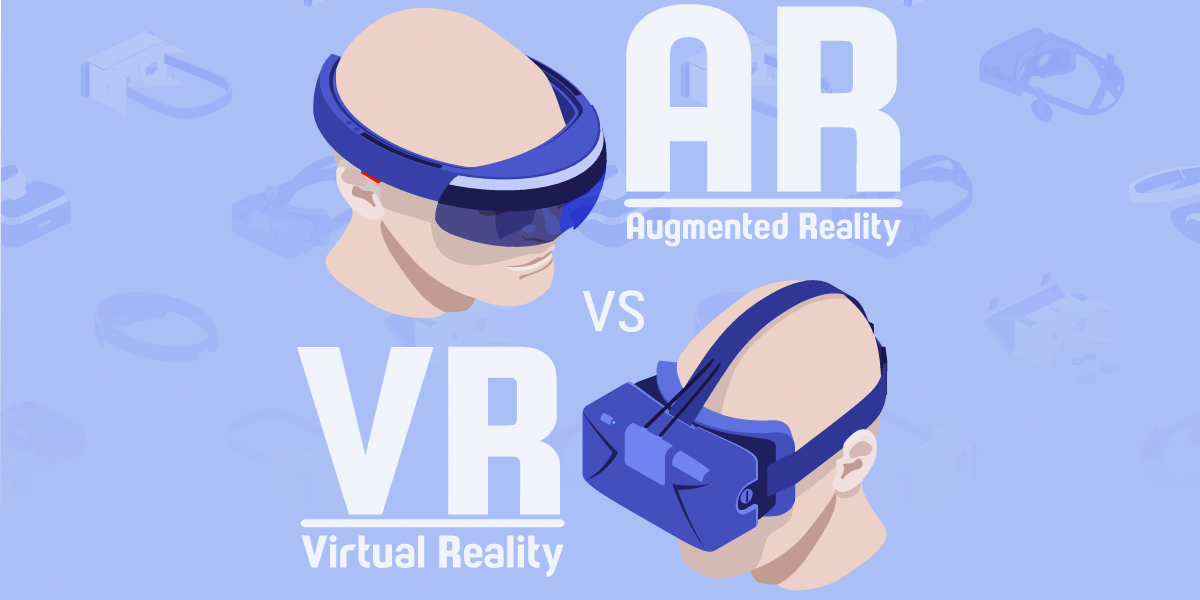 Putting a VR headset over your eyes will leave you blind to the current world, but will expand your senses with experiences within. You might even find yourself on top of Mount Everest or diving under the Mediterranean Sea. The immersion is quite dramatic, with some users reporting feelings of movement as they ascend a staircase or ride a roller coaster within the virtual environment. This technology immerses users in a completely virtual environment that is generated by a computer. The most advanced VR experiences even provide freedom of movement – users can move to a digital environment and hear sounds. Moreover, special hand controllers can be used to enhance VR experiences. You need to wear a special VR headset to experience virtual reality. Most VR headsets are connected to a computer (Oculus Rift) or a gaming console (PlayStation VR) but there are standalone devices (Google Cardboard is among the most popular) as well. Most standalone VR headsets work in combination with smartphones – you insert a smartphone, wear a headset, and immerse in the virtual reality.

However, Augmented Reality diverts us from the current reality and adds something to it. It does not move us elsewhere. It simply “augments” our current state of presence, often with clear visors. Monitorless AR glasses would connect to phones or PCs via WIFI and replace the screen on certain devices. AR is a technology that layers computer-generated enhancements atop an existing reality in order to make it more meaningful through the ability to interact with it. AR is developed into apps and used on mobile devices to blend digital components into the real world in such a way that they enhance one another, but can also be told apart easily. AR technology is quickly coming into the mainstream. It is used to display score overlays on telecasted sports games and pop out 3D emails, photos or text messages on mobile devices. Leaders of the tech industry are also using AR to do amazing and revolutionary things with holograms and motion-activated commands.

While VR is more mesmeric or hypnotic, AR provides more freedom for the user, and more possibilities for marketers, as it really doesn’t need to be a head-mounted display. Augmented reality enhances experiences by adding virtual components such as digital images, graphics, or sensations as a new layer of interaction with the real world. Contrastingly, virtual reality creates its own reality that is completely computer generated and driven. Virtual Reality is usually delivered to the user through a head-mounted, or hand-held controller. This equipment connects people to the virtual reality and allows them to control and navigate their actions in an environment meant to simulate the real world. Augmented reality is being used more and more in mobile devices such as laptops, smartphones, and tablets to change how the real world and digital images, graphics intersect and interact.

Coming to what’s hot in Augmented Reality, Microsoft first demoed HoloLens at Build 2015, they stole the show. HoloLens created waves in the ocean of augmented reality, painting the most groundbreaking picture of what is to come in the ever-expanding world of AR.

This evolution of Augmented Reality and Virtual Reality can be easily seen in the today’s mobile apps which, in turn, has resulted into more and more application development companies in USA to adopt the vogue. Panacea Infotech is a top-end mobile application development company in USA, offering exclusive tailor-made apps for an array of mid-scale as well as big-scale ventures.