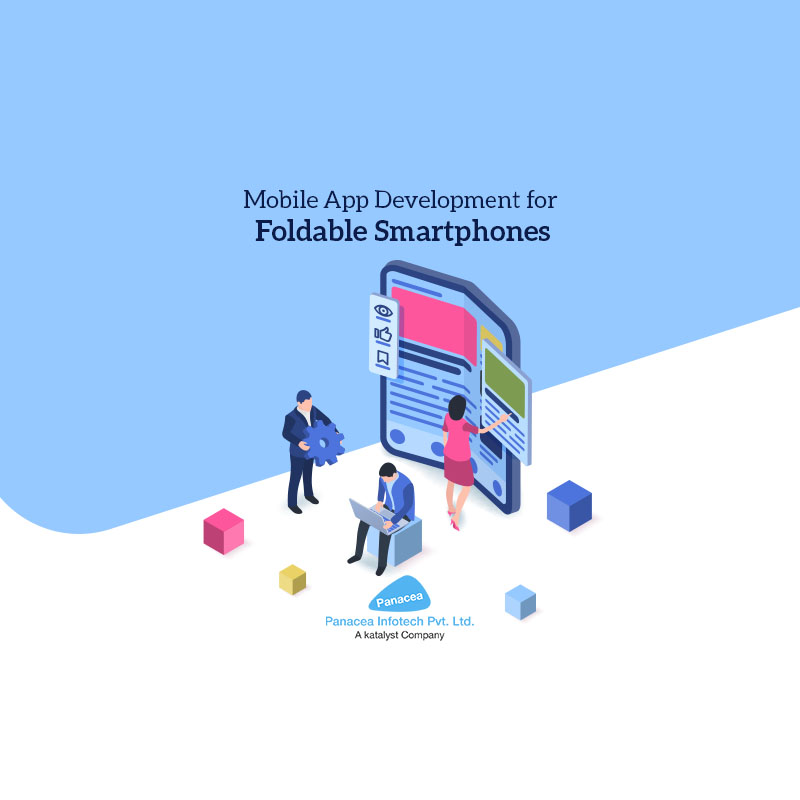 2019 was a historic year where the discussion of foldable smartphones reached a climax.|

Samsung was already preparing to introduce its innovative foldable offering. But in 2019, Google announced its partnership with Samsung over this innovation, rumors became a reality, and many device manufacturers soon started doing homework to enter the space.

This enthusiasm from device makers took far less time to change the app development company and its economy that started doing its homework: nitty gritty, design and technology to deliver a lower learning curve, and for new users with an impeccable experience.
Before we go to the parts where we see the complexities of application development for foldable phones and what you can do to set up your mobile application for foldable cell phones, let’s see its present status.

How will foldable phones affect the app development process?

While at the surface level, it appears that it is only about having flexible UX in mobile apps, but the impact is much broader.

Let us consider various ways that foldable smartphones can have an impact on the application development process.

Foldable phones will come with many orientations, aspect ratios, but the ones that will remain are the expectations of quality. Users will expect you to provide them with the same flawless and mess-free quality and application flow that they are using.

Keeping this in mind, when you develop an app for the foldable phone space, the chances of availing the best quality digital product will enhance.

With a large number of foldable phones soon to hit the smartphone market, the app development team will have to work around a large number of test cases – all of which come with multi-window app configurations behind the complexity.

The effect of building apps for foldable phones is an extended response collection process. Since you are moving a traditional application to a new location, your response will be much higher, especially on the transition front.
Given this, it will be necessary that you add space to participate in changes to your Agile Scrum process.

Optimizing the application for foldable ensures that it works glitch-free in all different modes, this will require a lot of design, development, and testing efforts, which in turn will bring a price increase.

Like every mobile application development process, we divide the process of creating applications for multiple screens in three ways.

You should keep four things in mind when starting an app design for foldable.

Two States – Each foldable smartphone has two states – unfolded and folded screen, aka the main display, and cover display.

One or two-handed app design:

States change the entire experience – even how the instrument is organized. Currently, people operate smartphones with one hand, but in odd circumstances, they have to use both of their hands. This will change the dynamics of the design in such a way that important UI and UX elements are to be placed within the area of ​​the thumb and other fingers.

Because real estate is very high in the case of foldable smartphones, multitasking should always be considered. Meaning, at the time of android app development, you have to prepare for a time where another application that has its own set of designs and functionality is sharing the screen with its app and will also show up in your multi-window life cycle.

Like the case of designing, developers’ work for foldable phone processes will also be divided into four parts of app development. Let us look at them all in detail.

As stated in the last section, the continuity of the app screen means that when the app runs on a foldable smartphone, it must automatically and natively transition from the screen state to another. Applications should always be resumed in the same place and state.

What you need to do is a resizable app via dynamic resizing. This is done by setting resizeableActivity = true. This provides maximum compatibility with your application environment and factors.

If you forget this step, the system can resize your app automatically without guaranteeing the correct size, configuration, and aspect ratio.

Android 10 and higher will support a wide range of aspect ratios. In foldable, the form factors will vary from super high long and thin screens in a ratio of 1: 1. To be compatible with devices, you should test apps for a more excellent screen ratio.

After some time, it has become common for Google to run two apps simultaneously. The introduction of foldable technology allows it to run three or more applications at the same time. In addition, technology gives them the ability to share content with each other.

Supports the tenth OS version and higher multi-screen Android display. If an app is running on multiple display devices, users can quickly transfer them from one display to another. This also applies to multi-resume multi-screen scenarios.

The app can showcase, which display should run when launched, or when another activity is created. The behavior is dependent on the activity launch mode in the manifest file and the options set by the intent flag and the people launching the activity.

To handle AN activity, performance must be checked for on-creation and on-configuration. Android app developers have to update the layout and resources when the display changes.

Foldable smartphones are definitely going to create a big boom in the entire industry as well as among the people. This disruptive technology will fully transform the way people used to use smartphones. In such a dynamic market transformation, mobile application development companies, as well as developers, need to upscale their offerings and should focus more on what is going to be the trend in upcoming years. Panacea Infotech, a Katalyst group company, always opt the vein of ongoing tech-driven approach that makes us stand tall among top mobile app development company across the globe.