Where is mobile app development going in future? Right now, we can not say anything at this moment. Because mobile industry has seen an immense changeover in past recent years and we expect more in future. The revenue of mobile app industry is growing equally along with their users. Obviously, Android and iOS applications have dominated the market and haven’t left any chance for competitors to break down their legacy. Though Android users are outnumbered than iOS users, Apple is generating greater revenue than other mobile app development companies. However, both Android and iOS are flapping their wings hardly to rise higher in the market. 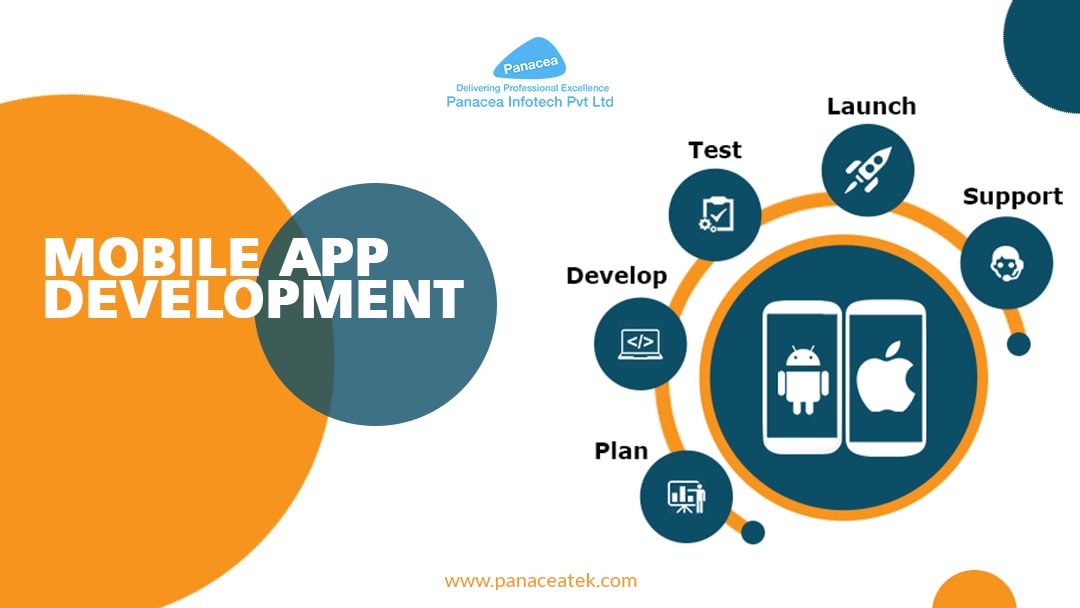 Hybrid monetization models, like in-app purchases and in-app ads, are quickly becoming popular in the business world. Most analysis shows that in-app advertising is set to be a key technique of mobile development over the coming years. Also, a revolution in technologies like smartTV, smartWatches, IoT, etc. hold an assured promise that application development has a great future ahead.

Around 87% Android smartphones are sold worldwide and Apple’s iOS has 11% share in the market. Well, this stat is sure reason for developers to keep making changes in the application to fulfill the ever changing requirements of the users. Due to the availability of fast Internet, powerful graphics, and high-speed processors, smartphones are becoming profit generating machines for app development companies. Since 2015, applications have been witnessing a great user engagement. Below are the major changes observed in the usage of applications.

In spite of the fact that there is an increasing competition in mobile app development, developers continue to experiment and apply new approaches. Increasing demands have created a strong challenge for developers to invent something new and attractive in a mobile application. Therefore, they should pay attention to the following trends as they are most in-demand today and will likely to continue in future.

You might have seen the small circle with a lightning symbol inside it in Google search results. Well, it means the webpages are Accelerated Mobile Pages (AMP). The main focus of AMP is faster mobile websites. Google has introduced new coding language- AMP HTML, which works by restricting code to improve the loading speed and reliability. AMP also supports a range of ad networks, technologies, and format. AMP Visitor Analytics automatically tracks visitors data like click/ conversion, new vs returning, video and link tracking, and more.

Similar to AMP, Google recently announced Android Instant Apps which delivers exactly what its name says- it enables Android apps to run instantly. These applications do not require to be downloaded and installed on a device. It has made possible for users to access a wider range of apps seamlessly. This enables them to use a specific feature from the app without actually installing it on their own device. Android Instant apps are still in its early days, and only available for Android but sooner or later they will be available for every platform.

With the introduction of game Pokemon Go in 2016, there is no surprise that AR development will continue to rise. This game proved AR technology has a great potential in engaging users in meaningful ways. A large number of applications started integrating AR into use today and it will also continue in future. The Google who invented VR Gear back in 2014, it has come a long way in terms of accessibility and performance. The VR-compatible apps especially games are more immersive than other applications.

4. IoT with SmartHome and Driverless Cars

With IoT (Internet of Things), we will see more SmartHomes and self-driving cars on road. The integration will involve a complex mobile platform and backend architecture that can interact and share data between all devices for a unified experience. With the help of IoT-enabled sensors, the self driving car will use the information of traffic, weather, navigation via ad hoc networks in order to get the things done properly. While the same technique will be used in SmartHomes to perform tasks like switching on/off lights, locking and unlocking doors, etc.

At Panacea Infotech, we all are excited about the future of mobile app development and want to be part of it. With the experienced developers and highly effective strategies, we are providing best Android and iOS app development services to our customers. If you want to streamline and improve your application development business, be sure to contact us today.