Common Mistakes to Avoid Before Launching an Application in Market

You have strategized, planned, designed, developed, tested, and now it is finally time to launch your shiny new application. However, as anybody who is ever promoted an application can confirm, it can be incredibly exciting and equally challenging as well. Almost around 20% applications fail as they don’t even see or searched by the users. It does not mean that those failed applications are bad but due to failing into a pit they just could not pull themselves out. You worked hard building your application, but that is only half the battle. Getting people to utilize it is the other half. You owe it to yourself to be just as committed to getting people to use it as you were building it. 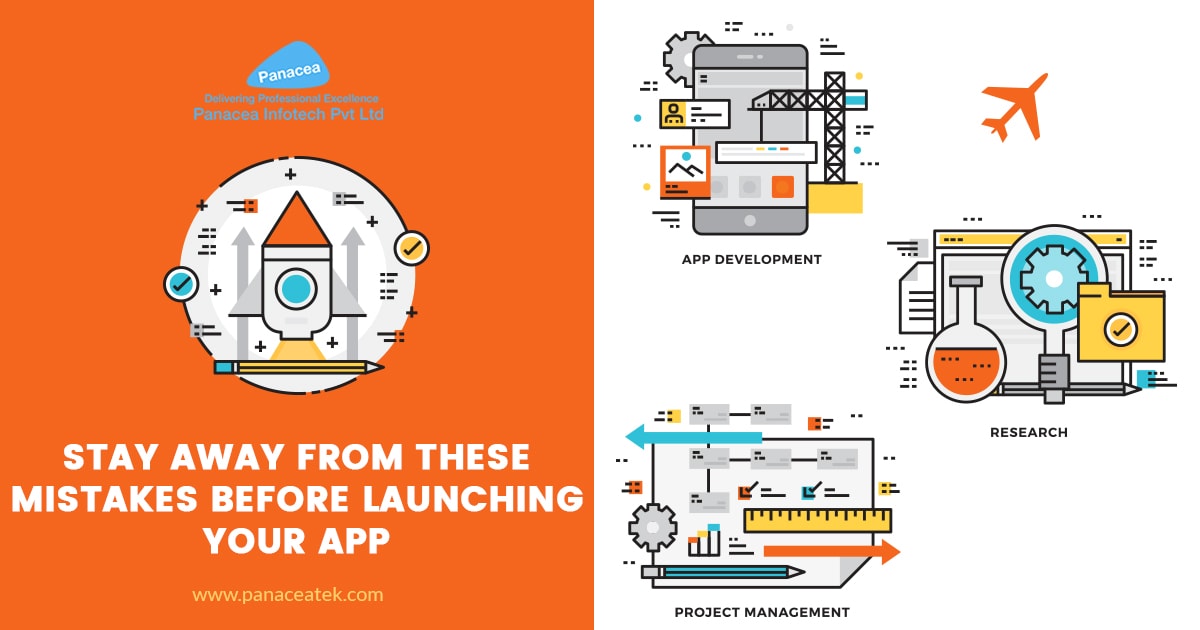 What are the Different Pre Launch App Marketing Pitfalls?

Failing to achieve critical mass quickly during a launch can be extremely deter-mental to a new mobile app development companies. As there are thousands of applications launched in market everyday, you can analyze and learn from the mistakes done by other publishers. One the crucial elements in the successful application launching is marketing campaign. There are three scenarios where certain things need to be considered- before, after, and during the application launch.

Not Picking a Right Platform: In an ideal world, with numerous resources, you would launch on both iOS and Android at the same time with a fully featured native app. In reality, you will need to consider which platform to launch on first, and each has their own set of advantages and disadvantages. Android is currently the market leader in terms of adoption and retention, but iOS apps are more profitable. Hence if your monetization strategy is dependent on in-app purchases or paid-for apps, then iOS might be your best bet. Moreover, you can also choose multiple platforms for application but it will extend your development time, cost, and will delay entry in market. Therefore it is important to think about timeline and priorities before selecting platform(s).

Avoiding Beta Testing: If you want really honest and accurate opinions about your application, then beta testing will help you out. Finding a right group of end users is important to test your final application. You can do public beta launch which is open to everyone to grab more impression. Or you can do a private beta launch where only invited users can use and test your application. Nevertheless, reaching up your beta users can sometimes be difficult so you can use a tool like TestFlight to streamline the process. Beyond beta-testing you can also perform load, security, network, stress,etc. testing on application.

Fail to Determine What is Working and What is Not: The primary goal is here to check how users are actually interacting with your application. Based on analysis, you will be come across to which features users are responding most and what functionality still needs improvement? Mobile app development firms also want to keep close eye on performance of application as it is being used during the launch. A new user who stumble upon a bottleneck might never return to your app. So it is mandatory to check application continuously for errors, bugs, and network latency.

Not Putting up Time for App Store Optimization (ASO): Well, ASO do not require any special budget and you should not ignore it for the sake of your application’s success. However, frequently optimizing keywords and using strong insights to measure your results not only helps you calibrate your expectations but can also help you respond to changes in ranking in a timely, proactive manner. With organic traffic making up as much as half of your app store traffic why would you want to jeopardize not optimizing this channel?

Poor Content Marketing: Also, a great way to build your app’s market is to get people talking about it. Identify communities and websites that your target users are following closely. Use the opportunity to launch sneak peeks of your app, videos of its features and information that will create a sense of curiosity in them.

Bad Customer Support: Your app could have thousands users but in a competitive market, every user must be dealt with care. A good customer care service is a powerful tool for any marketer. If you don’t pay attention to your users, it will badly harm your business. Even though this feature is now available to all developers, not everyone is using it to provide timely support to customers. Here’s a good example of a developer replying to a customer query on the same day while also providing their support email to solve issues privately.

Avoiding common app launch mistakes can help you be more prepared when it’s time to get your application out there, build awareness, and leverage momentum to drive downloads. Do you need help developing and launching your mobile application? Panacea Infotech is a leading mobile app development company having powerful twelve years of experience in industry. You can become a part of our IT consulting services to achieve your business objectives.