Goodbye 32-bit Apps!! How will it Impact on iOS App Development?

Apple’s Worldwide Developers Conference (WWDC) is always exciting as every iPhone user around the world is eager to know about new software and technologies introduced by Apple. At WWDC 2017 held in June, Apple introduced HomePod speaker along with the new iMac Pro. On the software side, iOS 11 was also announced with addictive features such as Augmented Reality (AR), improvements to iMessage, Apple Pay, and more. But, there was also one introduction had potential to affect users more than anything else announced at a keynote. Apple announced that from iOS 11 onwards, iOS would cease to support 32-bit apps on its mobile platforms. You can say it a shocking or surprising news for the iOS app development field. Moreover, Apple is also looking to phase out 32-bit applications from MacOS to High Sierra. This means many legacy iOS applications will no longer function at all. It has created a great chaos in developer’s community and everyone is asking why is Apple dropping 32-bit app support? The answer to this question is quite simple- to enhance the performance of iPhone. 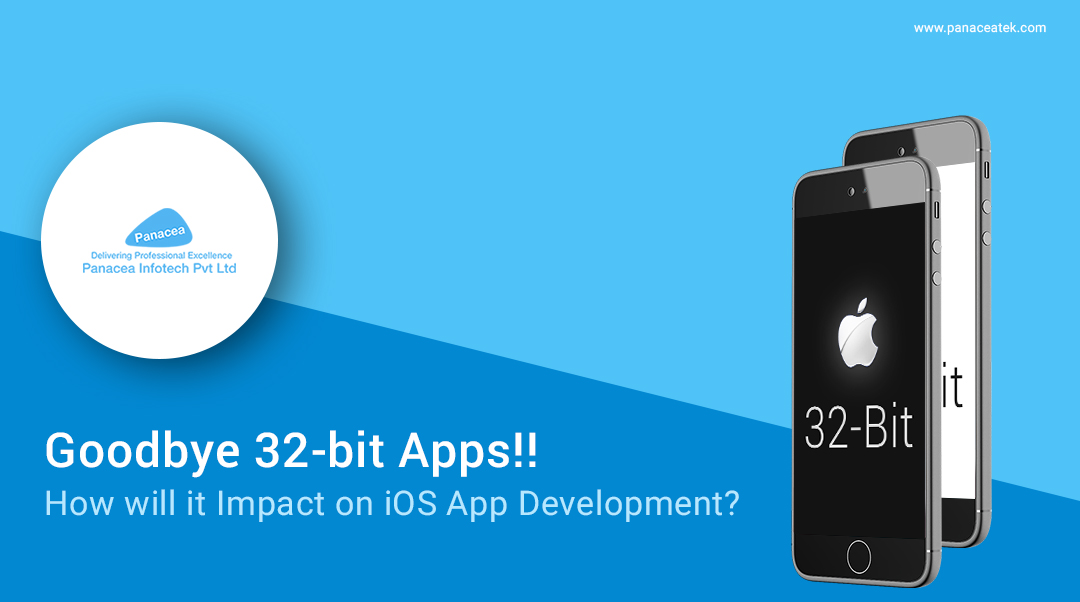 In September 2013, when iPhone 5s was introduced with the 64-bit A7 chip, since then the clock has been ticking for the 32-bit applications. With the launch of iOS 10.3, Apple started alerting users when they open 32-bit apps on their iPhone. The pop-up message reads that the app should be updated by the developer or else it may not work with the upcoming versions of iOS. There is an OK button to dismiss this warning and a learn more button which presumably will give a user a bit more information about why their app no longer works. Users can check which apps do not compatible with 64-bit architecture via Settings (General->About->Applications) on iOS 11 or iOS 10.

Currently, most of the applications in App Store have 32-bit code along with the 64-bit code. This is due to App Store is regulating its submission requirements. When 32-bit app legacy run on a device that has to be loaded before application actually run on the 64-bit device. It is obvious that once user updates his/her iPhone to iOS 11, older apps are going to stop working. Even though a user does not update software to iOS 11, these apps may slow down the phone. This affects the device’s battery, memory, as well as performance. Also, any device older than iPhone 5s will be rendered outdated in terms of 64-bit applications.

Are Your Apps Safe?

Today, iOS 11 is available in beta version but not released officially yet. Latest version iOS 10.3 is commercially available and users can check for themselves which apps might still be running on 32-bit support. Also, it a good chance for mobile app development companies to find valid alternatives for how to make the 32-bit application compatible with 64-bit support. Generally, most of the 32-bit applications are of gaming category especially those without a free-to-play business model. With the application developers having no or little financial motivation to continue with 32-bit support, those apps are more likely to become obsolete. Here is how to check which one of apps need the 64-bit update- Settings->General->About->Applications.

Here, users will be provided with the list of applications that need to update or delete from their phones. In few cases, 32-bit apps are unable to update to 64-bit and users have to say goodbye to those apps. While in some cases, they might require to be updated and will be promoted by the iOS system to contact the developer to see if that app upgradable or not. But, most interesting thing is that there around 188,000 apps that are not updated to 64-bit. This is just 8% of App Store applications which is significantly very low. Hence, there is no need to concern about the compatibility of applications in App Store as they are absolutely safe to download and install.

What are the Performance Expectations from 64-bit Apps?

Many of you will be thinking the consequences of removing 32-bit support can be quite negative. But, it is not the case as Apple has taken this step only to improve the performance and user experience. Also, Apple is well-known for its consistency and these are the key advantages of adopting 64-bit architecture-

Better Hardware: The 64-bit A7 chip is equipped with unique ARM instruction set helps to load application faster in a device. The processor able to fetch the instructions quickly as it allows faster and efficient functioning.

Improved Security: Many security related issues are solved and the application will become more secure with the adoption of 64-bit architecture.

Improved Performance: It will surprisingly boost the performance of applications. 64-bit applications load faster, technically this means improvement in the user experience.

By dropping out 32-bit apps, Apple believes that the users won’t be affected by it, but rather developers will work to ensure that all of their apps are updated before support no longer exists. This switch is a result of Apple’s plans to remove abandoned and problematic apps from the App Store, which is one of its first moves to concentrate on app quality than quantity. So, is your app for this change? Also, be sure to check out Panacea Infotech’s mobile app development services.