What are the Different Consequences of App Store Updates on Development? 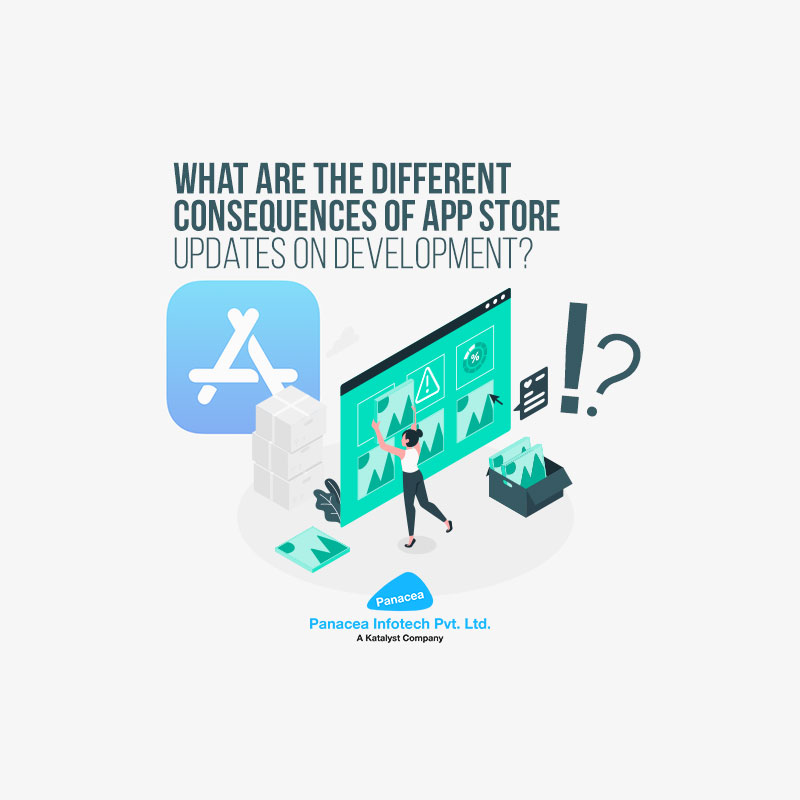 App Store is the home of millions of iOS applications. Apple frequently makes changes and redesign App Store to enhance the overall experience and making it less complicated for users to find what they are looking for. Lately, Apple has included a few new features, ranging from Today tab that displays curated feed, to a new Product Page

Since the App Store launch nine years ago, millions of applications have been downloaded and installed billions of time. Through this, Apple have learned to redesign the App Store from the ground up. Its design is so responsive as inside users will find expert recommendations, must-read stories, carefully crafted lists, and new ways to search favorite app or game.

But what connections or effect do these new add-ons have on your apps? It creates series of questions for many users and developers such as-

Below are the significant App Store changes which will redefine the way users find and download the applications.

The App Store has been caused continual trouble with applications that are buzz-worthy but cannot retain themselves over time. In other words, it means, the most downloaded apps do not always consistently generate revenue, but are more convenient for short-term usage and gain the most downloads.

However, this creates a problem for the most consistent and useful apps as they remain undiscovered for most of the time. The App Store updates eliminate this obstacle because an editorial team of Apple will curate apps that are of best quality. The redesign emphasis more on quality than quantity. Applying the card-based system, Discovery will have cards for Sneak Peak Major Update Apple of the Day Deep Dive Now Trending, among others. Only 1-2 cards can be viewed at a time by the users. The cards that were featured on previous days can also be viewed by scrolling up and down.

iPhone users have always had adverse experiences with the function of Apple. Though Apple has tried to signify this concern people have not seen a significant improvement. Prior to WWDC 2017, Apple revealed Search Ads as a marketplace for developers. By doing this, developers bid to the top featured results in a search. Sadly, this favors large organization with big budgets to embrace smaller companies and independent developers. The improvements include indexing of in-app purchases and Editorial Content as well as App themselves.

With all new iOS 11, users can browse in-app purchases directly on the App Store. The major advantage of this feature is that users can start the purchase even before they download the application. Trending and promoted in-app purchases can be featured in on Product Page Search Results, and may be on Today Games, and App Tabs. Mobile app development companies can promote up to 20 in-app purchases at a time through their Product Page. Based on the business requirements, publishers can change in-app purchases. This provides a flexibility if companies are planning to endorse special deals and limited period offers.

Apple has already confirmed a number of ongoing developments such as TestFlight builds, a brand new review API, responses to the reviews, and faster review times. Now, developers can perform slow and targeted rollout of a version with the new “Phrase Releases” feature. It helps to collect immediate feedback before distributing a release to an entire audience. In the past, developers were unable to provide much or any support to a customer who gave a particular app a negative review. Now, a support dialogue system has been facilitated where the developers can respond to reviews and interact with the users in a new manner.

Moreover, when developers perform bug fixes, they are sometimes hesitant to do so. Why? Because those bug fixes would rub out all the reviews and ratings. The incentive to hold those ratings and reviews is a big advantage. Developers don’t want to lose those, particularly if they are positive reviews. The new App Store updates have resolved this issue. Now developers can either erase previously-provided reviews and ratings or they can keep them over from a previous version. Developers must be excited for the opportunity to address customer’s concerns directly and the enhanced customization that help reach and retain a high rating.

When iOS 11 will be officially made available to users, Apple has decided to drop down its support for 32-bit iOS applications. Many legacy apps will become inactive. But, why is Apple making this change? It’s simple, to improve the performance of iPhones. Apple also believes, phasing out 32-bit apps will no longer affect the users but developers have to work really hard on it. Because they need to update all of their applications before support no longer exists. It will help to remove abandoned and problematic apps from the App Store.

Read more about why is apple dropping 32-bit support?

Redesigning the App Store is a big step for Apple as App Store has not gone through major changes since its release in 2008. The news about App Store updating should excite all developers and iOS development companies. So how will you leverage the new App Store updates in iOS 11?